Hitchin Town F.C. has a very rich and colourful history. While some would argue that the club was only established in 1928, they would be technically wrong, since an earlier incarnation, Hitchin Football Club, was established in 1865. This would make them among the earliest football clubs founded in history.

Details about the founders are inconclusive. A source from the North Hertfordshire District Council claimed that the founders were William Tindall Lucas and Francis Shillitoe, and club members originally practised at the Hitchin Cricket Ground. However, an article on Hertfordshire Express dated 2 December 1865 stated that the club was actually founded by Hubert Delmé Radcliffe and the Rev. J. Pardoe, who served as the club’s president and secretary respectively. Club members apparently had to pay an annual subscription of 2s. 6d, and training were held on a field at the ‘Dog Kennel Farm’ near Charlton. Six years later, the club had its new and only home, the Top Field, along Fishponds Road.

The first match played at Top Field was an FA Cup (Football Association Challenge Cup) match against Crystal Palace, which ended with a 0-0 draw. The Canaries were one of 15 clubs which played in the tournament. By 1885, Hitchin Football Club would go on to become one of the founding members of the Hertfordshire County Football Association. They even went full professional at the turn of the century. Alas, despite its initial success, Hitchin Football Club were ultimately liquidated in 1911 for a variety of reasons. An existing local club, the Hitchin Blue Cross, tried to assume the mantel left void by the club, but they never really took off. 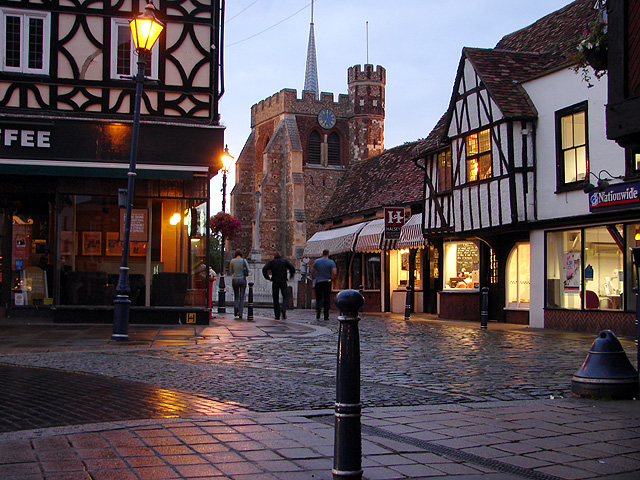 It took 17 years, but on May 2nd 1928 a reformed Hitchin Town F.C. was finally established. The club also introduced a new nickname (The Canaries) and team colour (yellow and blue) for the team. The fledgling amateur outfit promptly gained admission to the Spartan League. Incredibly, they ended the season as league champions and gained promotion to Spartan League Division One. As icing on the cake, the Canaries also won the Herts Charity Shield.

The following decade proved to be the most successful in the history of the club. With former England players Les Clarke and Wally Odell in the team, the club won seven7 Herts Senior Cup between 1931 and 1939. They also won the FA Senior Cup in 1932, and qualified for the Athenian League in 1939.

After a sustained run in the Athenian League well into the 1960s, Hitchin Town F.C. were relegated into the Isthmian League and yo-yoed between divisions for about four decades before eventually gaining promotion into the Southern League in 2004.

Today, the one and a half century old football club is considered one of the stalwarts of the Hertfordshire footballing landscape, and is one of the only five semi-professional clubs in the region.